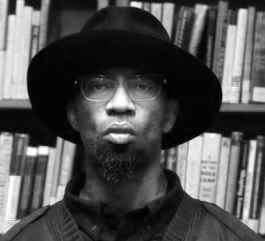 Fred Beasley II is a global youth culture architect and lifelong creative with over two decades of experience working with at risk youth of all ages. He has traveled the world doing interactive workshops and lectures designed to empower the disenfranchised. Featured in The New York Times, Men's Health, CNN, Men's Fitness, and The Smithsonian museum, in addition to working with high profile clients such as Nike, NBA, Equinox, NFL and Leverage Marketing agency. Fred was the producer and music supervisor for the award winning documentary "Raise Up: The World is Our Gym" (2016) that was recently picked up by Red Bull. Doc is Founder of NYCHIPHOPISGREEN a plant-based multi media company developed to introduce inner city youth to the benefits of living a healthy balanced lifestyle in a flavorful and digestible way. As Executive Creative Director for the Rbaron Creative Group as well as President of A&R for UpAndOn1, Doc works closely with many creatives, across all sectors of the entertainment industry. Fred is also a founding board member of the Compassion Consortium, in addition to being an resident instructor of The Main Street Vegan Academy. He is currently featured in the plant-based anthology Brotha Vegan, plus he is completing his first children’s book. Doc resides in Nashville, TN with his wife and four children.